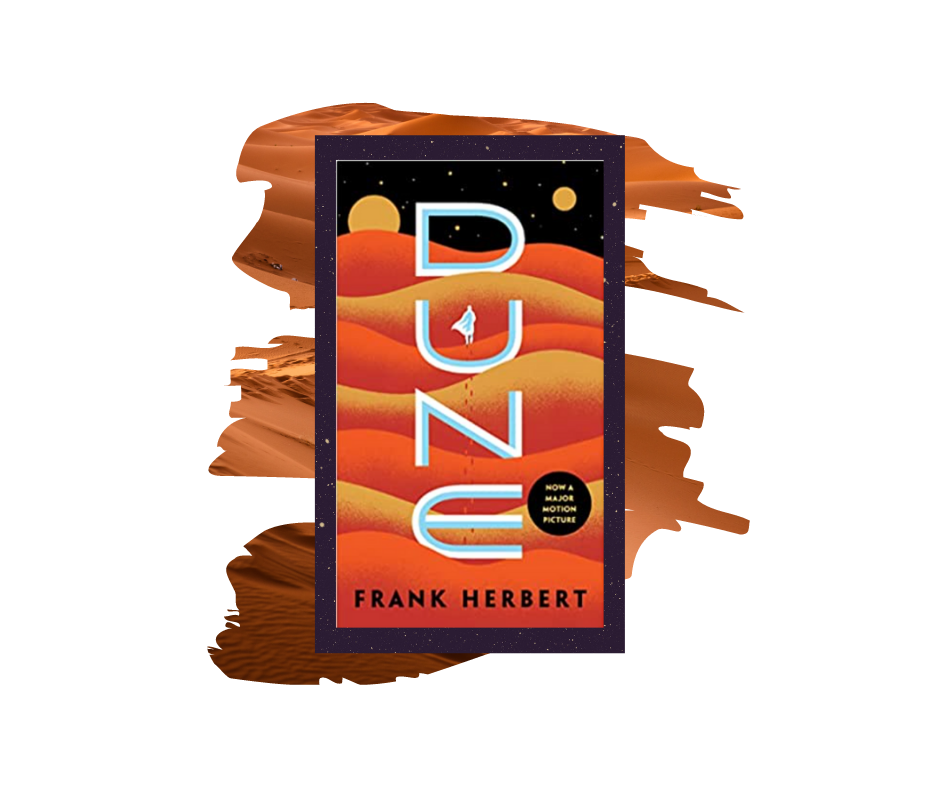 Dune by Frank Herbert
My rating: 4 of 5 stars

Dune is the only thing that makes extreme dehydration and risking my life to develop a utilitarian relationship with a huge worm seem magical.

Frank Hebert’s world in Dune is genius, and I’d love to have met his wife (she inspired the Bene Gesserit race). The unique vocabulary of this world can be jarring at first, but my book had a glossary in the back, along with a map of Arrakis, and a history of their ecology and religion. I highly suggest getting a version of Dune that includes these appendices.

What gives me goosebumps about Dune are the powers of the Bene Gesserit. They are gifted spiritualists, trained to hone their observational skills, to quickly develop a breadth of understanding about any person, place, or thing through their powers of perception. This makes them Truthsayers, able to read intentions and see who lies, trained in the art of influence and control.

The way in which the planet’s main resource, the spice, and its cousin the poison (created by drowning a worm), enhances the powers of the mind adds to the depth of this storyline. Paul and his mother are able to access the deepest recesses of their own unconscious mind and incorporate the consciousness of their Bene Gessirt ancestors. The spice, and even more so – the poison, enables this awakening of consciousness. My personal passion is studying consciousness and intuition, so I will reap a great harvest of notes from this novel!

What I didn’t like was the evolution of Paul Atreides. In the beginning, it was stressed that he had an intrinsic sense of rightness and egalitarianism. Over time, as his abilities developed and he began to believe in his own myth, he seemed to lose these qualities. Seeing “the big picture” through space and time seemed to alter his personal values, to push them to the side so he could achieve the greatest vision of power possible. While his personal Self didn’t dissolve completely, I can see that as his eventual future as he learns to master the powers inherent to his terrible purpose.

Also, the ending was abrupt.

*As an Amazon Associate, I earn from qualifying purchases.