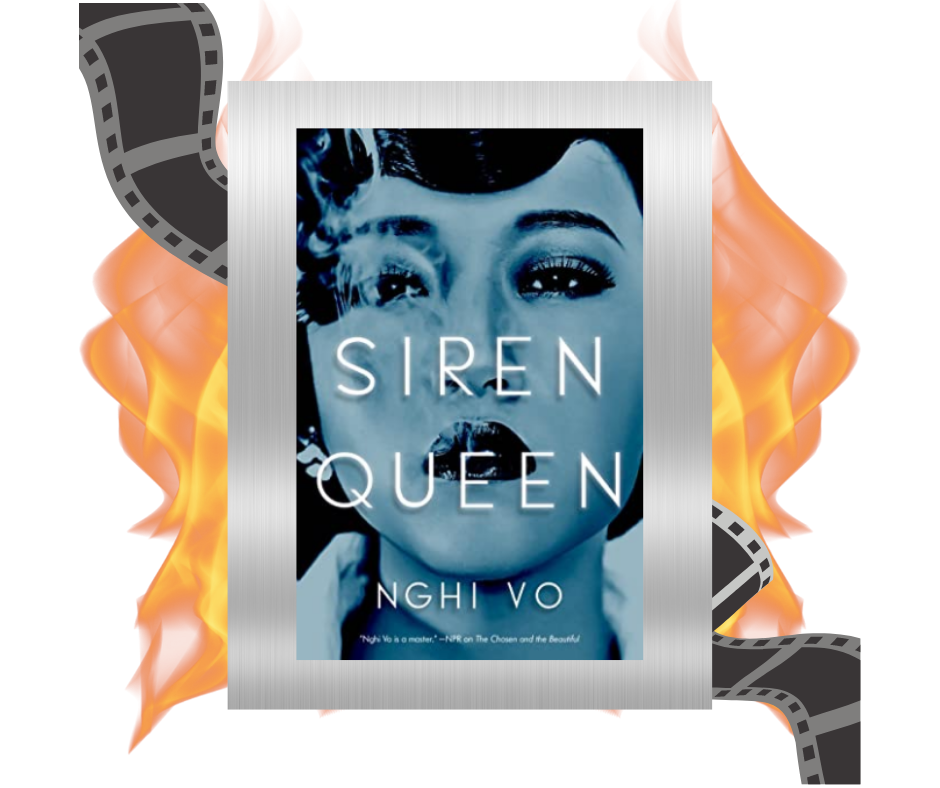 Siren Queen by Nghi Vo
My rating: 5 of 5 stars

I just started reading this book for the second time and have already found new understandings of the story! Nghi Vo is fantastic! She’s masterful at creating unconventional, complex, magical worlds without overexplaining the mechanics. She teaches us her magic by immersion into beautiful yet ominous realities.

Dark magic is the life force that propels Hollywood’s elite to stardom in Siren Queen by Nghi Vo. Those willing to sacrifice whatever is asked get a chance to burn so brightly they become almost untouchable, immortal in more ways than one. These silver screen stars to be are willing to trade their mortality, and often their freedom, to mysterious forces so that they may rise above their own mundane humanity and the confines society has prescribed them.

Some of my favorite aspects of this novel were the Friday night fires and The Hunt, the world-building, the powerful protagonist, and the LGBTQ+ themes and characters. The magical world built is intricate but not tedious. There are worlds within worlds, subcultures, and secrets. The sex scenes are so well done I found myself gripping my Kindle a bit more intensely.

I felt as though I was an invisible companion standing right next to the protagonist, Luli Wei (her acting name) throughout the book. Her power and ambition, curiosity and passion were tangible. I felt how bright her star was burning before we knew who/what she would become.

“You’d rather be proud than happy,” Tara said, squeezing my hand. When I looked slightly offended at her words, she reached up to tuck a stray lock of hair behind my ear. “It’s part of you. I don’t think you would fight it if you could.”

Luli wanted to ascend, to leave behind what was forced upon her and live a life of her own choice, no matter how fraught with danger. She forged loyal connections with people who had an unusual spark and natural talent and didn’t let fear stop her from confronting even the most powerful players. And when she did, she knew how to stay cool because letting someone know you’re on the run inside is as good as giving them your soul.

Both a sophisticated fantasy novel and intriguing LGBTQIA romance, Siren Queen is my favorite book of 2022 so far. I would definitely recommend this read to fans of the Chosen and the Beautiful by Nghi Vo, Sorrowland by Rivers Soloman, The Hazel Wood series by Melissa Albert, and The Magicians by Lev Grossman.