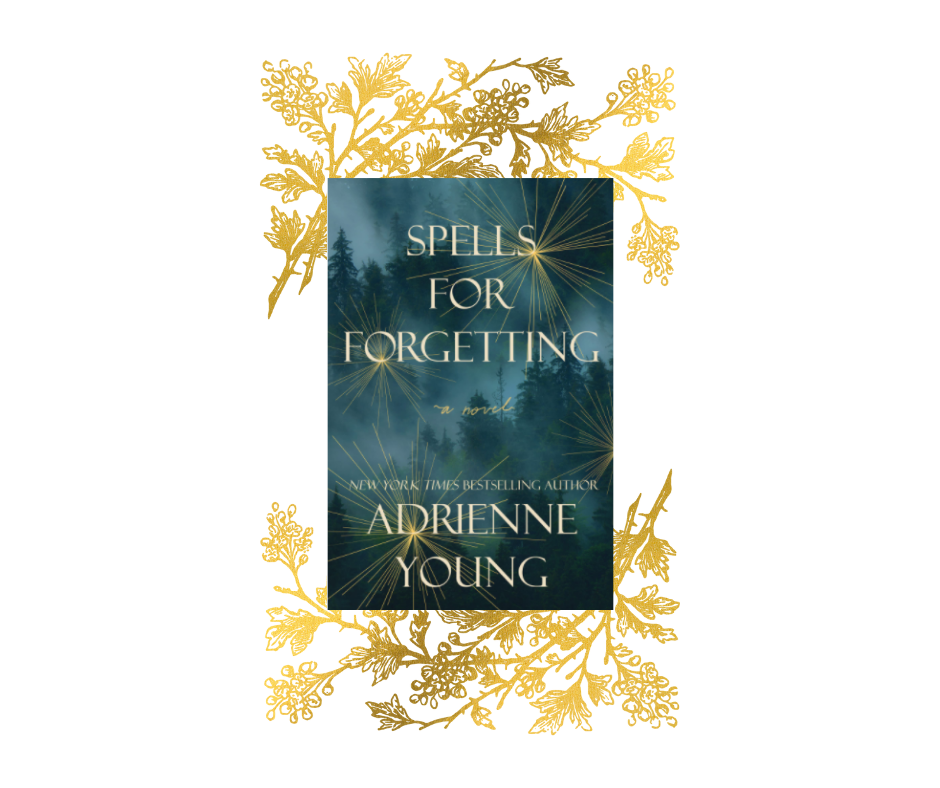 Spells for Forgetting by Adrienne Young
My rating: 3 of 5 stars

Spells for Forgetting by Adrienne Young is an atmospheric tale of an island and the core families that have a lifelong bond with the land. It’s a tale of magic, romance, mystery, legacy, and murder set on a small island in the state of Washington.

The descriptions of Saiorse island were detailed and haunting, full of mystery and the potential for drama. I could feel the slow pace and secretive nature of life on the island.

I loved the way the chapters went from the present moment to the past, giving us a nice reveal of certain information. Reading chapters from different characters’ perspectives worked well in weaving the most important people into the story. The framework of the story was solid, but I felt it needed more character development, more show less tell, more magic, and more at stake.

The island is a character in itself, but I don’t know its motivations. Does it have a symbiotic or parasitic relationship with the people? I have so many questions about this aspect of the story, but they’d be spoilers. It felt like a major part of the novel was missing and I didn’t know how to feel about the main themes or the characters without knowing more about the island itself.

I didn’t fully know many of the characters’ motivations and found it difficult to feel for them because their actions didn’t always make sense. One example, the person on the island who was the main antagonist wasn’t creepy, intimidating, or conniving enough in action. We’re told they are, but not really shown it. I needed that character to be more dynamic for a core piece of the plot to come together. I couldn’t really picture what any of the characters looked like completely, nor did they have very complex personalities. I didn’t feel emotionally connected to them. The main romance felt lacking in emotion to me. It was stated strong emotions were felt by the characters, but I need to feel it when reading. This is an early copy of the novel, so if these things are further developed, I could see myself absolutely loving this book.

I was expecting a lot more magic and much sooner. I didn’t truly become interested in the story until 30% into the book. The storyline I was most drawn into let me down in the end with a conclusion that felt abrupt and unsatisfying.

Overall, I did enjoy this book because the prose is lovely and the plot has so much potential. I would definitely pick up a sequel if there were to be one. The setting and the magic of the island were my favorite aspects. If the characters were more developed, the story’s momentum picked up sooner, more magic was included, and we were shown instead of told a number of the details, I think I’d be swept away by this dark, romantic tale.

I would recommend this book. I found it a quick, enjoyable read, and I love the author. I would read anything by her and find it entertaining. I think Adrienne has a solid fanbase and all of her current fans would enjoy reading this.